The recent arbitration decision of Ontario Provincial Police and OPPA (Gruchy), Re (“Gruchy”) highlights the role a toxic workplace environment plays when decision-makers assess the severity of, and appropriate punishment for, an employee’s inappropriate workplace behaviour. The Gruchy case also reinforces the importance of employers undertaking proper investigations into complaints about a toxic workplace environment. 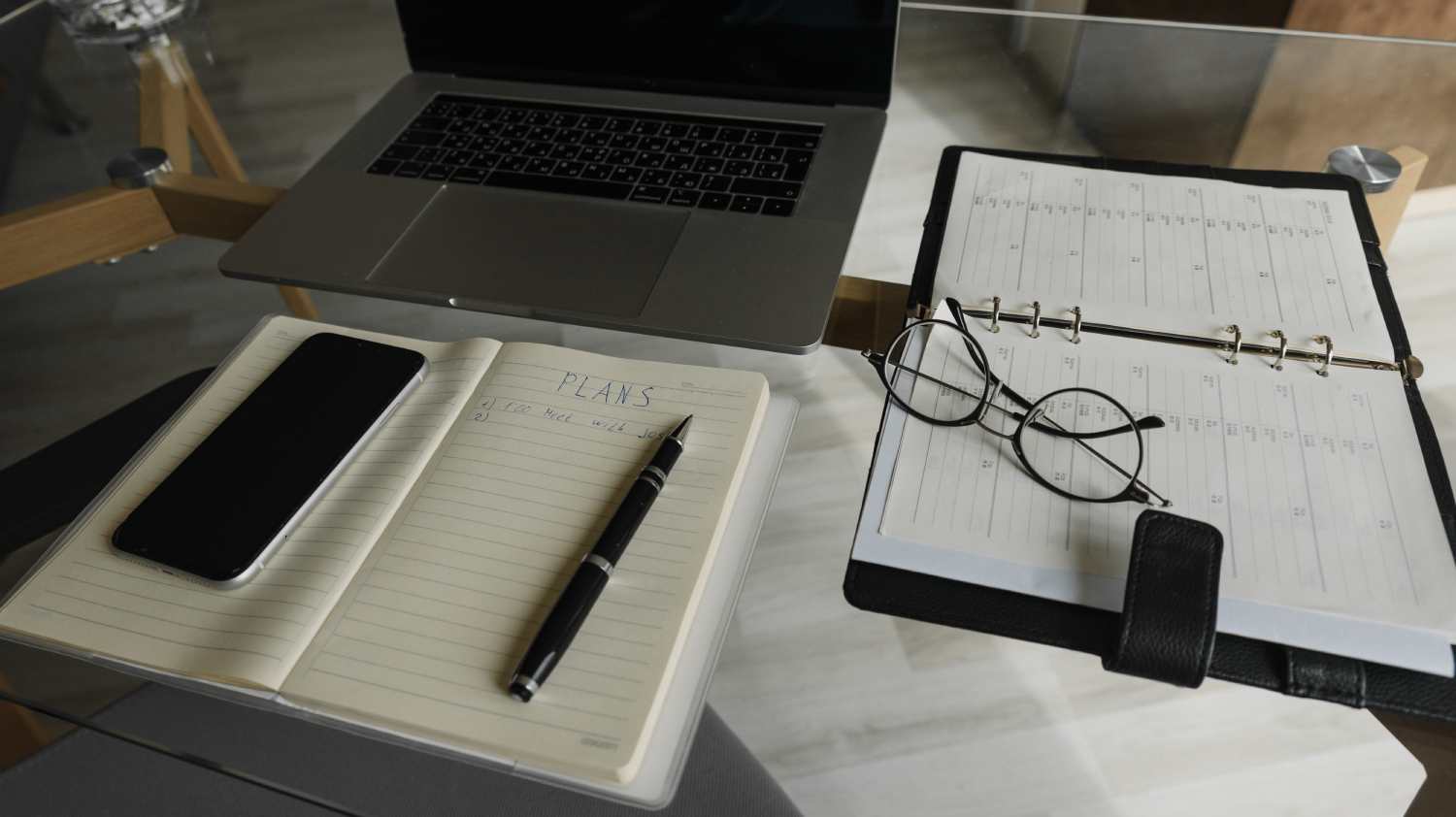 The Gruchy case involved the dismissal of Kevin Gruchy, whose employment was terminated on November 8, 2016, for just cause after 11 years of service with the Ontario Provincial Police (“OPP”). At the time of his dismissal, Mr. Gruchy was a Special Constable working as an Offender Transportation Officer (“OTO”). Mr. Gruchy was dismissed following an investigation of harassment complaints against him in breach of the OPP’s various workplace policies.

The investigation against Mr. Gruchy began after a report of an incident in which Mr. Gruchy, at the end of a staff Christmas party, took a cookie from a tray of leftovers, brought the cookie to a bathroom, and used his cellphone to take a photo of the cookie placed on his genitals. He then sent the photo to two co-workers stating, “Merry Xmas,” and told one of the co-workers he put the cookie back on the tray (although Mr. Gruchy did not do this). Rumours of Mr. Gruchy’s photo spread around the workplace with many believing he put the cookie back on the tray.

A part-time co-worker who had taken some of the cookies home to share with his daughter was horrified at the prospect that she might have eaten the cookie in Mr. Gruchy’s photo. The co-worker complained to management about Mr. Gruchy’s conduct, but he (the co-worker) also complained about the unfair treatment he received by full-time OTOs and made broader allegations of workplace harassment. Even though Mr. Gruchy was not singled out in the complaint, management chose to focus its workplace harassment investigation solely on Mr. Gruchy’s behaviour and did not investigate the co-worker’s broader allegations.

Mr. Gruchy was placed on a paid suspension pending the outcome of the investigation. Following his suspension, several other OTOs came forward with complaints about Mr. Gruchy’s past conduct and management incorporated a total of 16 allegations into its investigation. Most of the allegations involved Mr. Gruchy’s use of inappropriate language in the workplace, including racist and sexist language to refer to others. For instance, Mr. Gruchy was accused of (among other things): using the terms “angry lesbian,” “Gay Rae,” and “Down Syndrome Kid” to describe certain co-workers; referring to Indigenous people as “savages;” and, using the “N” word on multiple occasions. After speaking to several witnesses, the investigator appointed to conduct the investigation concluded that all 16 allegations made against Mr. Gruchy were founded.

After assessing the conclusions of the report, the OPP dismissed Mr. Gruchy for cause. Mr. Gruchy grieved his dismissal, and his grievance came before Arbitrator Albertyn.

At arbitration, the union argued that Mr. Gruchy should not have been dismissed and a lesser penalty was more appropriate. Among other things, the union also argued that the OPP failed to ensure a safe and respectful workplace while Mr. Gruchy was employed. The union urged Arbitrator Albertyn to evaluate Mr. Gruchy’s misconduct against the backdrop of the widespread toxic behaviour that had become acceptable, open, and was even encouraged by the senior OTOs (known as Team Leads) of Mr. Gruchy’s unit.

Arbitrator Albertyn held that the evidence strongly suggested there was a toxic atmosphere in the workplace that could be described as poisoned, and that the workplace culture, which continued unchecked over a long period of time, did partially explain Mr. Gruchy’s behaviour. However, Arbitrator Albertyn held that was no excuse for Mr. Gruchy’s conduct, because Mr. Gruchy knew what he was doing was wrong and “the milieu in which we live and work has changed.” To explain this latter point, Arbitrator Albertyn referred to the case of Teck Metals Ltd. and USW, Local 480 (Oliver), Re, in which Arbitrator Nicols found that what was considered to be appropriate workplace behaviour changed over time, and certain conduct was no longer acceptable, regardless of what had historically taken place in the workplace. Arbitrator Nicols found that at this point in our society, the expectations that employees do not engage in behaviours that amount to bullying, racism, and sex discrimination were basic and fundamental. Therefore, the excuse of a historically “disrespectful workplace culture diminishes significantly, if not completely, in the face of these basic expectations.”

Applying the above-noted principle, Arbitrator Albertyn held that the culture permitted by the Team Leads (and to some extent engaged by them) after a period of several years led Mr. Gruchy to think that he would not suffer consequences if he continued to behave in the disrespectful manner that he did, despite management’s clear rules against such behaviour. However, Arbitrator Albertyn held that while the toxic environment could explain why Mr. Gruchy behaved in the way that he did, it did not excuse his misconduct (although it did mitigate it to some degree). Arbitrator Albertyn ultimately found that Mr. Gruchy engaged in harassment, disrespectful behaviour, and contributed to a poisoned work environment in breach of numerous OPP policies.

While the Gruchy case involved a unionized workplace setting, all employers and decision-makers should take note of Arbitrator Albertyn’s holding that a workplace culture, no matter how relaxed, does not necessarily excuse an employee’s misconduct.

One of the reasons the toxic work environment within Mr. Gruchy’s workplace progressed was due to the lack of direct supervision of Mr. Gruchy’s work unit. From 2006 to 2014, Mr. Gruchy and his colleagues worked in a different facility than their manager. Arbitrator Albertyn found that while Mr. Gruchy’s manager had become aware of some issues, she was largely unaware of just how toxic the workplace was. Employers should always ensure adequate supervision of a workplace to reduce the risk of a toxic work environment growing unchecked over a period of time.

The Gruchy case is also a good lesson on what mistakes to avoid when conducting a workplace investigation. Arbitrator Albertyn criticized the OPP’s failure to conduct a broader investigation into its workplace culture despite being encouraged to do so by the investigator, and despite receiving complaints about broader workplace issues. The OPP’s sole focus on Mr. Gruchy’s misconduct was inappropriate and the OPP should not have ignored the broader workplace issues brought to management’s attention.

By reading this blog, you understand that there is no lawyer-client relationship between you and Appiah Law. Readers of this blog should not consider any information contained herein to be legal advice. Appiah Law does not intend for any information in this blog to be legal advice. Appiah Law recommends that all readers consult competent legal advice regarding their individual situation or query. Appiah Law invites you to contact us and welcomes your calls, letters and e-mail. However, contacting Appiah Law does not create a lawyer-client relationship and does not guarantee that we will accept a retainer from you.

October 4, 2022 - The recent arbitration decision of Ontario Provincial Police and OPPA (Gruchy), Re (“Gruchy”) highlights the role a toxic workplace environment plays when decision-makers assess the severity of, and appropriate punishment for, an employee’s inappropriate workplace behaviour.

May 31, 2022 - Employers with 25 employees or more are now required to have a written policy about employees disconnecting from work at the end of the workday.

November 10, 2021 - The Ontario government has tabled the Working for Workers Act, 2021 ("Bill 27"). If passed, Bill 27 will make significant changes to employment-related legislation in Ontario, including new rules on how employees conduct their work duties at home; the use of non-competition clauses in employment agreements; and new licensing requirements for recruiters and temporary help agencies.

Appiah Law will answer the questions that matter to you.

We have the expertise to help you navigate the challenges that affect your work-life. Contact us today!